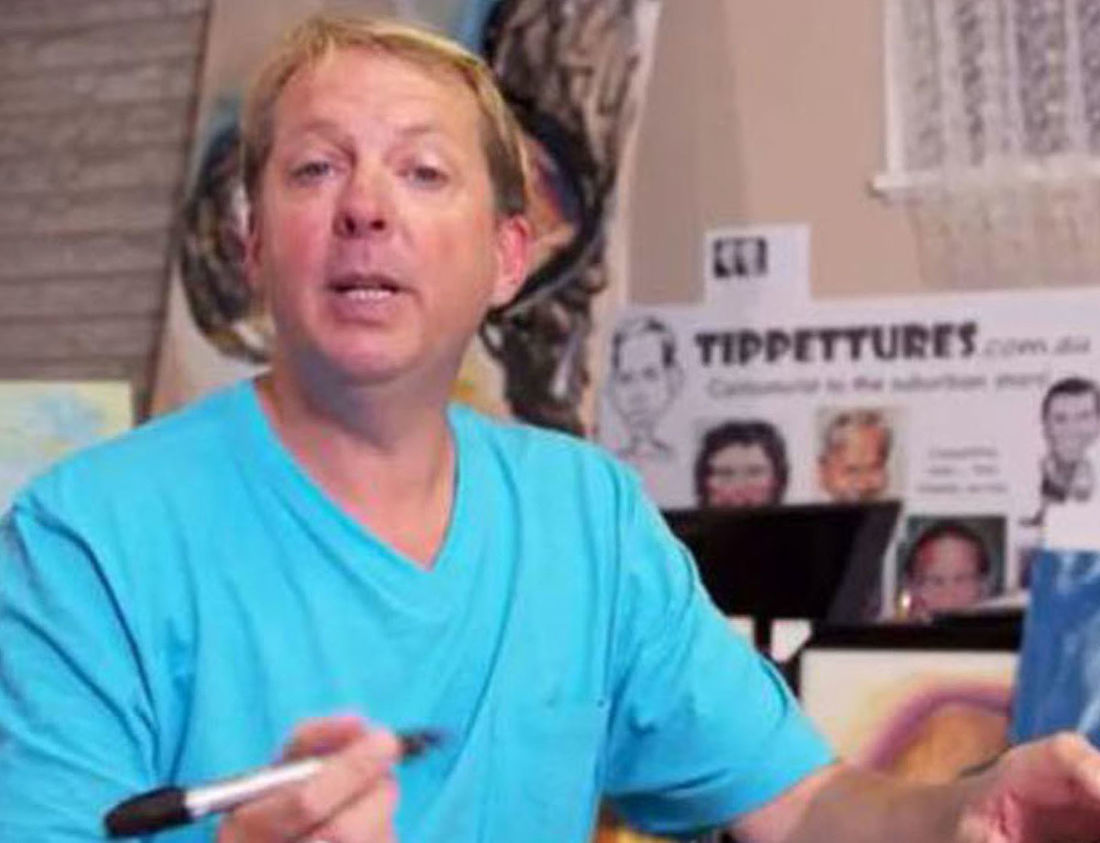 TIPPETTURES' art career spans over 25 years. During that time, he has been a commercial artist, art director, master soapmaker and published author. For the past nine years he has been a caricature artist and delights in capturing someone's personality and expression in a few deft marks of his Sharpie. He has always drawn and painted faces more aligned to caricature – in which he calls a form of 'social commentary'. He has entered the celebrated Bald Archy Prize nine times, each time as a finalist.

TIPPETTURES specialises in commissioned gift caricatures and live caricatures at events and weddings. He works quickly and ensures all your guests leave with a smile on their faces. He has Degree in Fine Arts and is also a qualified trainer, teaching art classes to all ages. Clients include the Sydney Art School, Art Gallery of NSW and high schools and community groups.

As seen on Channel 7Two's Get Arty children's program. 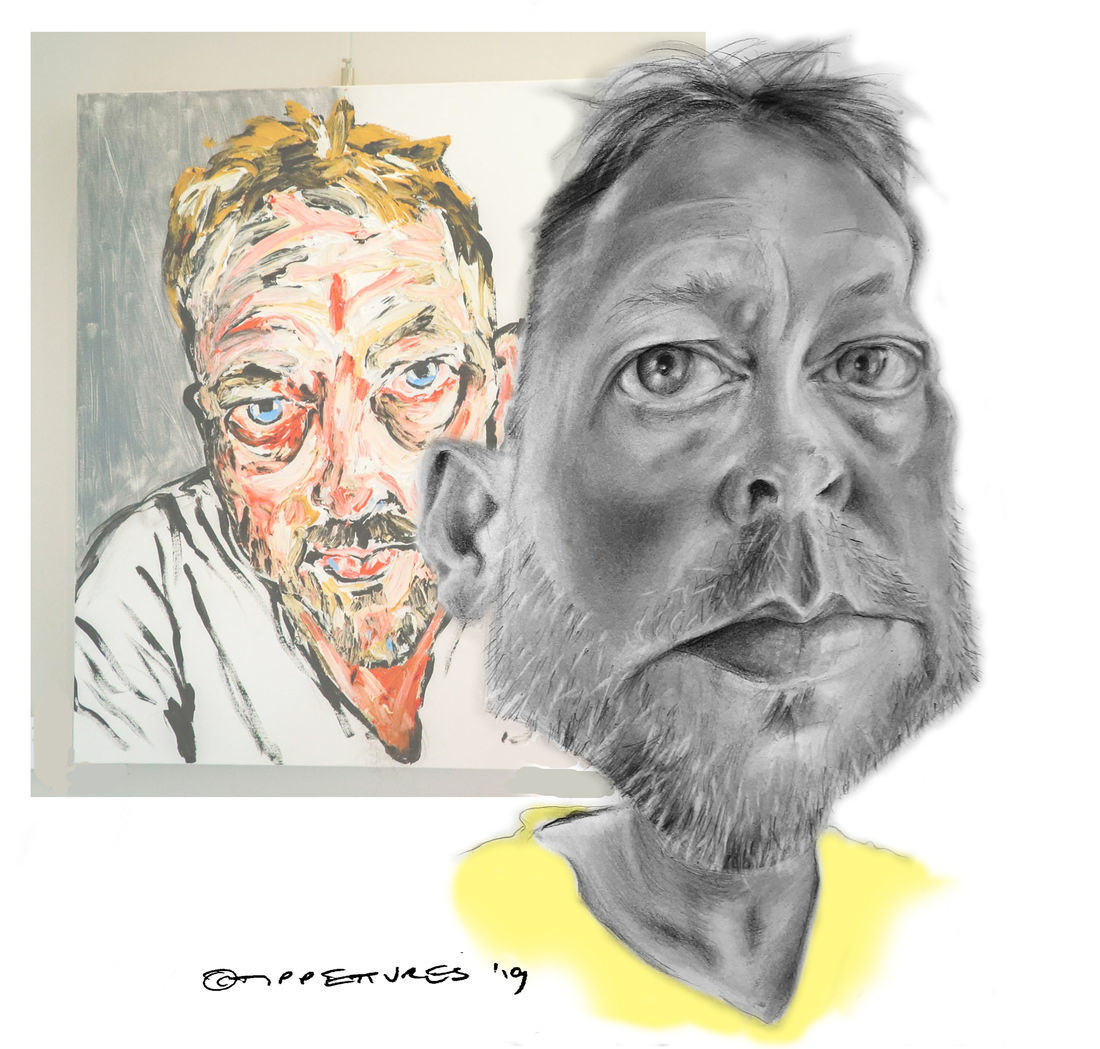 Diploma of Vocational Training and Education 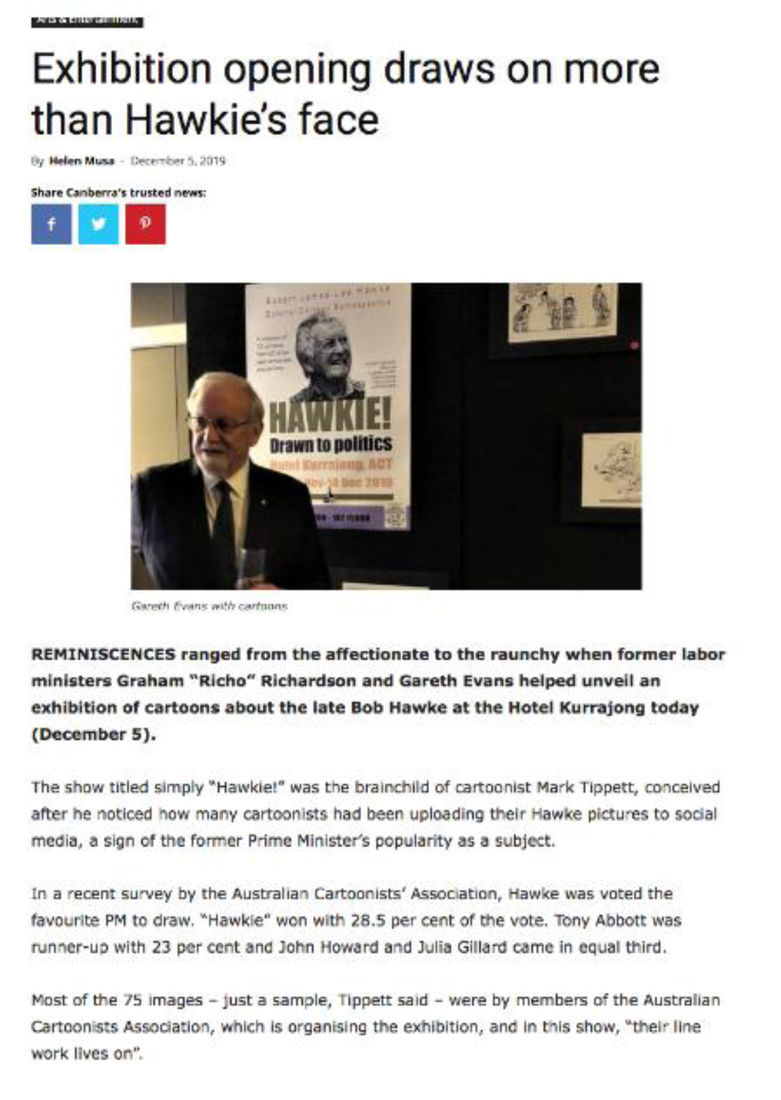 Canberra Times Dec 5 2019 - promoting the recent show I curated on the late Bob Hawke in Canberra. See my Blog. 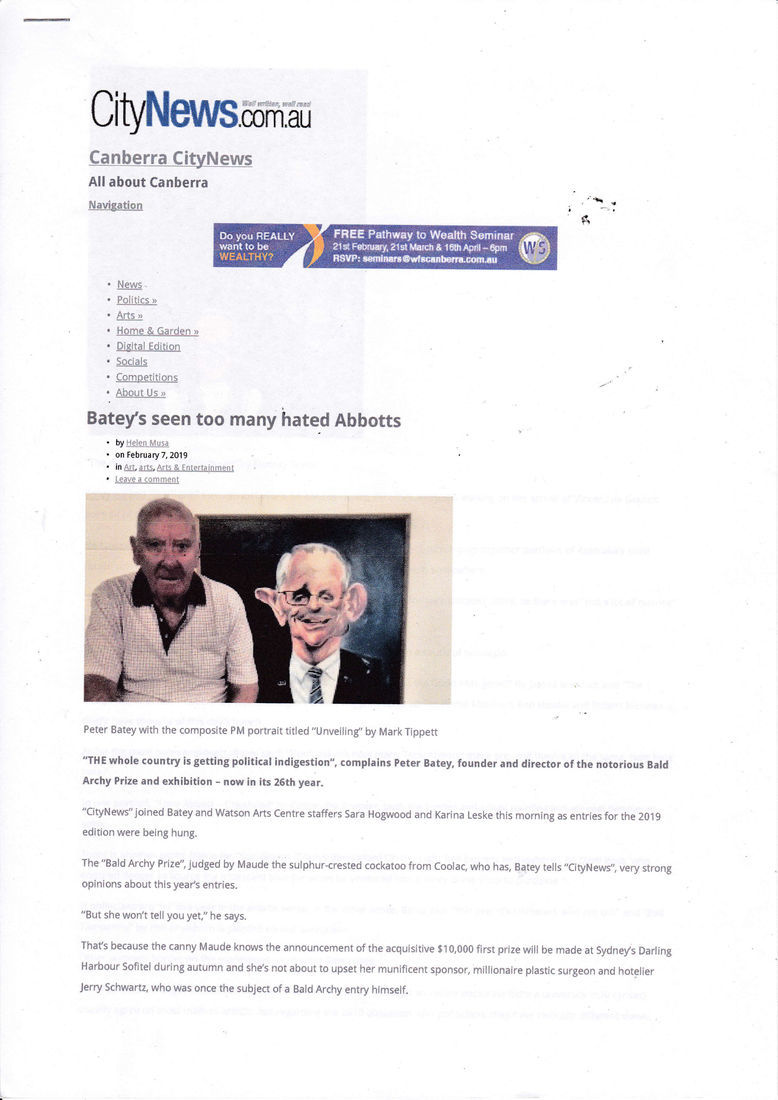 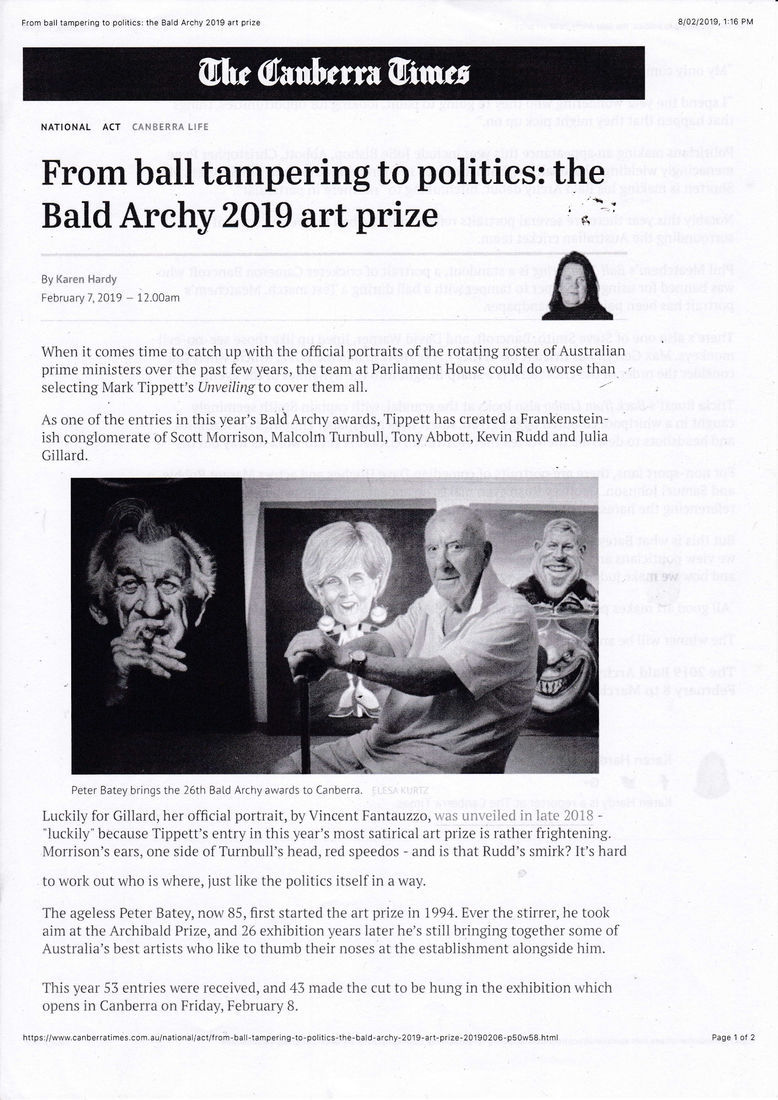 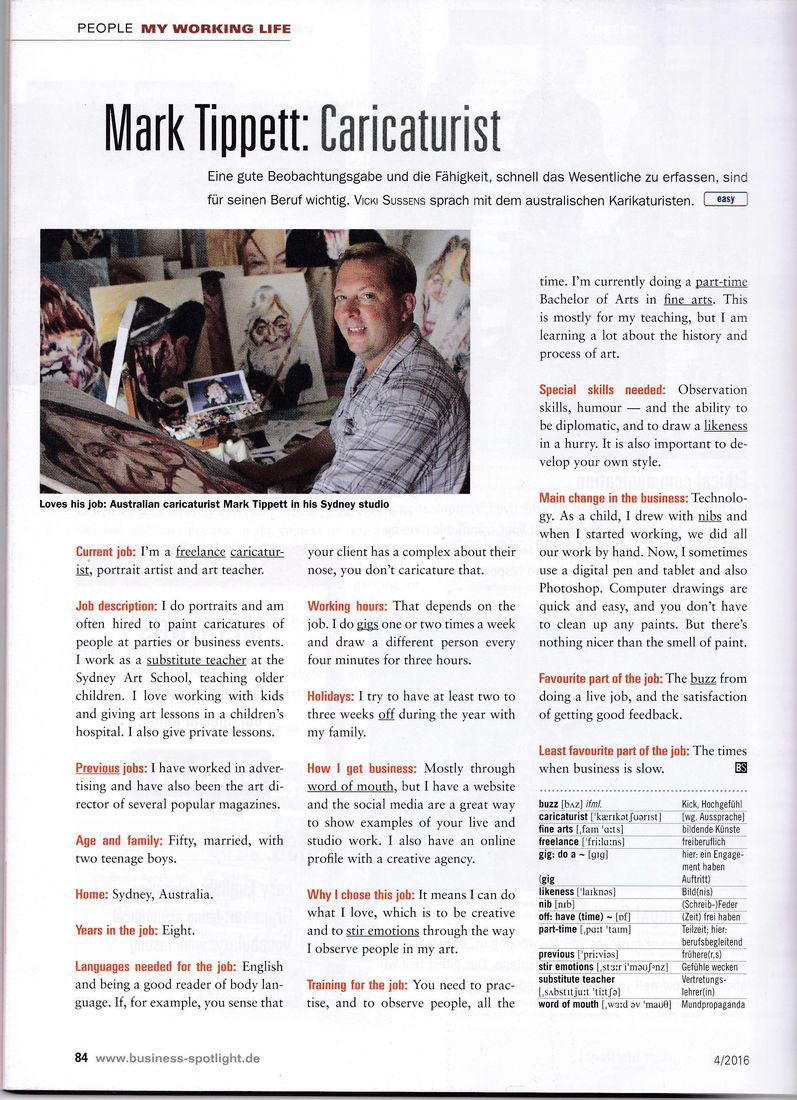 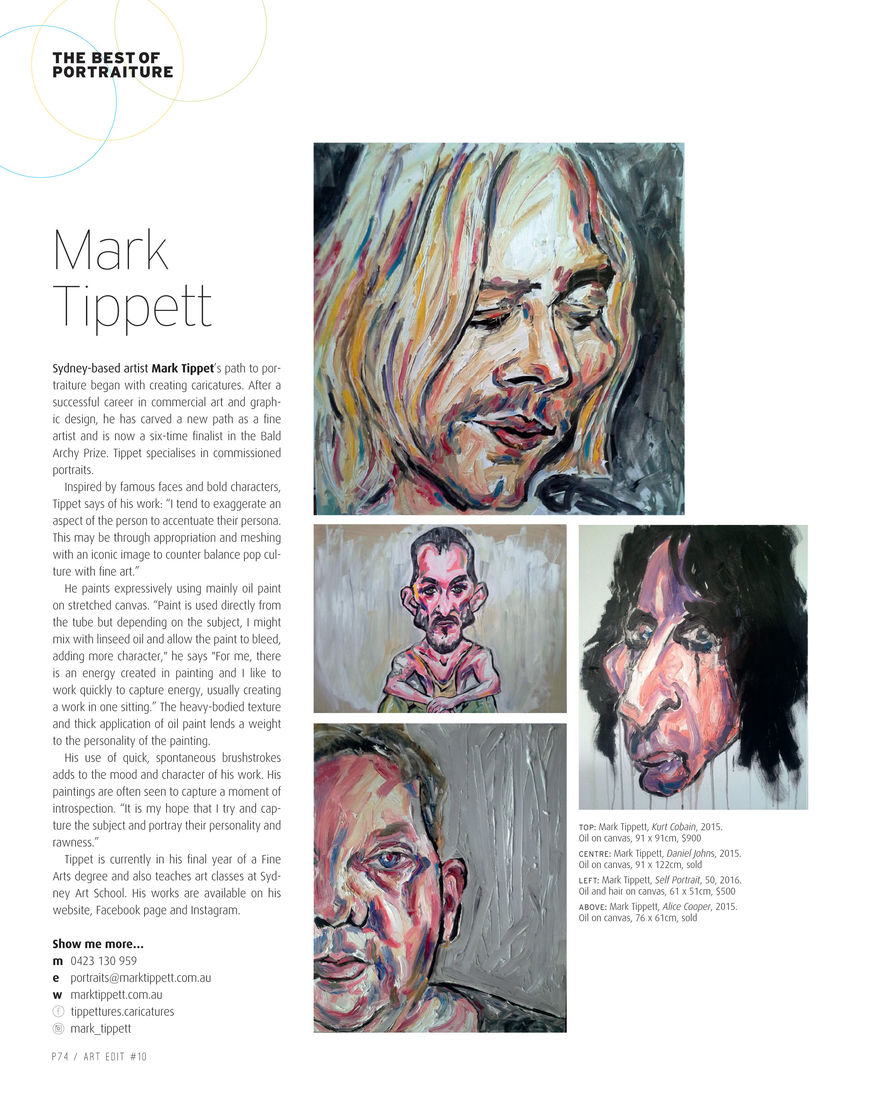 One page in Art/Edit magazine No 10 (2016) portraiture feature 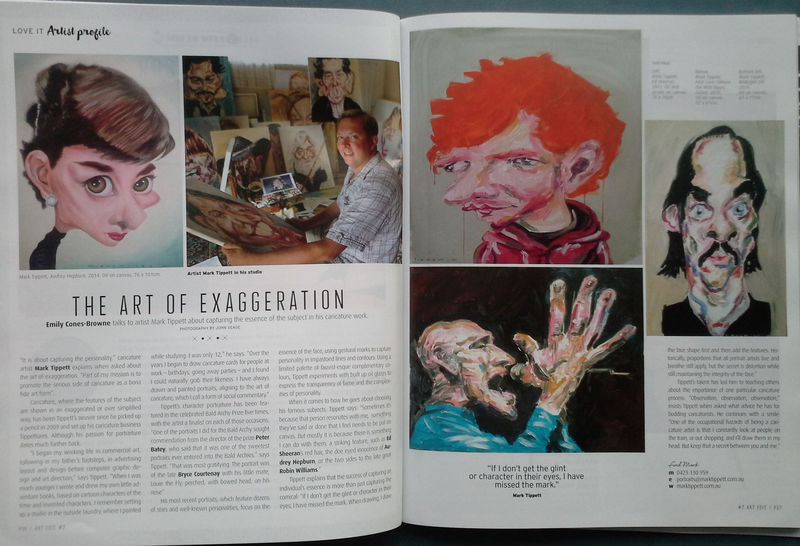 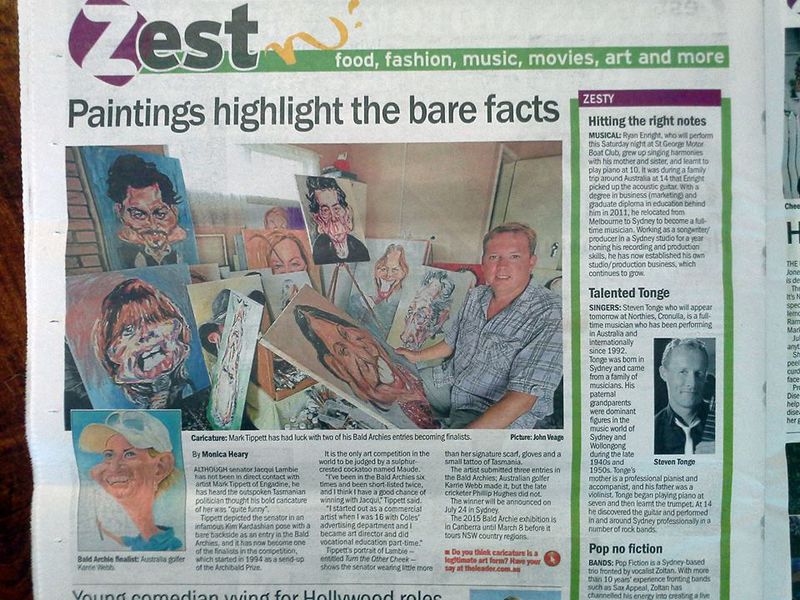 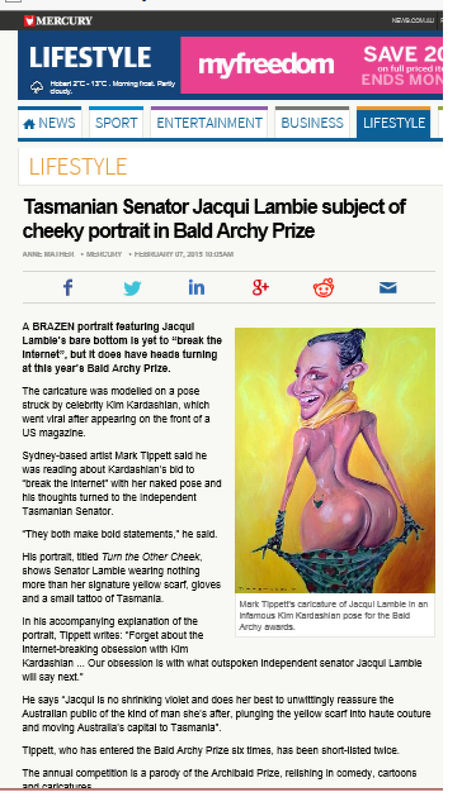